The best store, marketing campaign and product in travel-retail from the tobacco category have been revealed at the DFNI Product Awards. 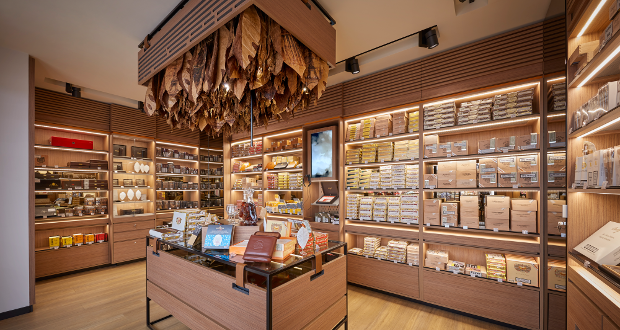 If anyone is trying to recall an example of a travel-retail trinity working in unison to produce something special look no further. The joint-venture between Lagardère Travel Retail and Paris Aeropot (Groupe Adp) in partnership with Oettinger Davidoff opened a stylish walk-in humidor in the BuY Paris duty-free shop at Paris Charles de Gaulle Terminal Two E on January 31. In addition to a wide selection from the full range of Davidoff products, aficionados can find cigars from well-established brands such as Camacho, Griffin’s and Zino. The new walk-in humidor ensures storage under ideal humidity.

The cigar concept in the newly opened Changi airport terminal four, where DFS Group runs the liquor and tobacco deserves strong recognition. The very best handmade cigars from Cuba, the Dominican Republic and Nicaragua are complemented by a range of hand-crafted cigar accessories including humidors, cigar cases and ashtrays.

Congratulations to everyone at NAA Retailing Cooperation on the opening of the first Japanese airport arrivals duty-free shops in early September. The stores, located in T2 North and T2 South, are simple in appearance and offer a range of overseas liquor and tobacco products.The T1 and T3 equivalents are due to open by the end of the year.

When Oriental General Trading (OGT) elected to become brand ambassadors for the ORIS China product line earlier this year, catering specifically for travel-retail, it was clearly a risk. After all, it is not often you see an international brand produced outside China with a particular focus on the Chinese consumer and it was the first time OGT had put one of its brands in the public eye. 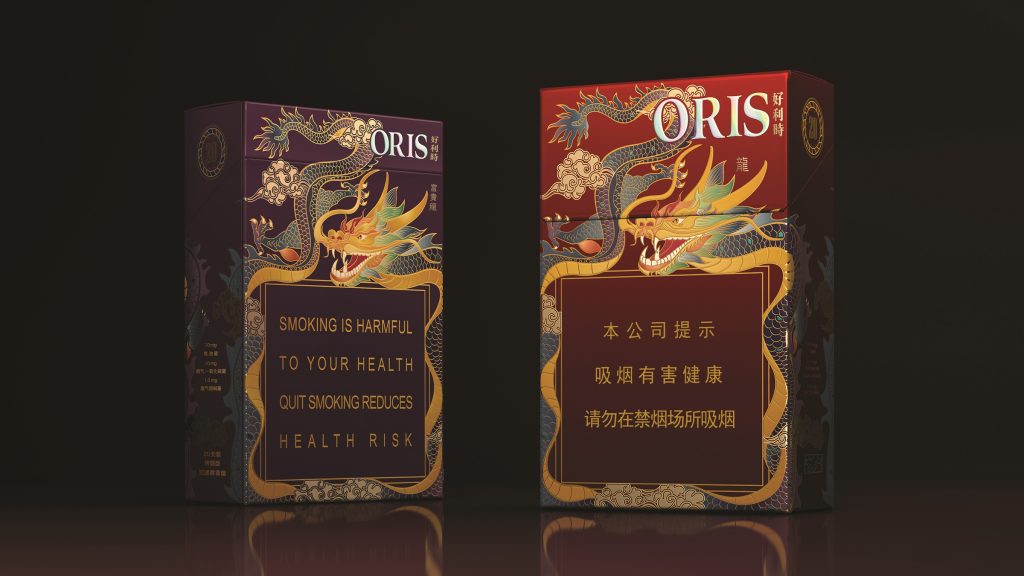 Created in Jiangxi “china” is a celebration of the historic importance and Chinese national pride associated with fine Chinese ceramics and Jiangxi itself, the birthplace of porcelain or “china”. The packaging stands out in particular because it imitates the actual texture and look of ceramics and features the design of the five-clawed dragon, the most expensive Chinese porcelain vase ever to be auctioned. CIDF has done an excellent job launching this into locations across Asia and is no doubt pulling out all the stops to do so in other international travel-retail destinations.

The company’s commitment to offering value for consumers was there for all to see when launching the global first Shell Pack on its Corset brand with a limited-edition travel-retail offer. The product may have been over two years in the making with machine manufacturers and designers, but was launched at a price point reflecting this quality and commitment while remaining accessible to the average consumer.

In January, Premium shisha tobacco producer Mazaya created a pop-up mini-lounge with Dubai Duty Free in Dubai International airport Concourse D. The aim was to give shoppers a memorable experience they could share with friends and by all accounts succeeded in doing so. Travellers were offered a photo of themselves enjoying the Mazaya experience which was presented in a branded “Wish I could shisha in the sky” photo frame. Shoppers who shared their souvenir picture on social media (#mazaya) had the chance to win a premium Mazaya hookah and shisha set.On conclusion of the campaign, Mazaya indicated it was in discussion with other airports liking the idea of a Mazaya Shisha pop-up. Surely there was no shortage of interested parties. 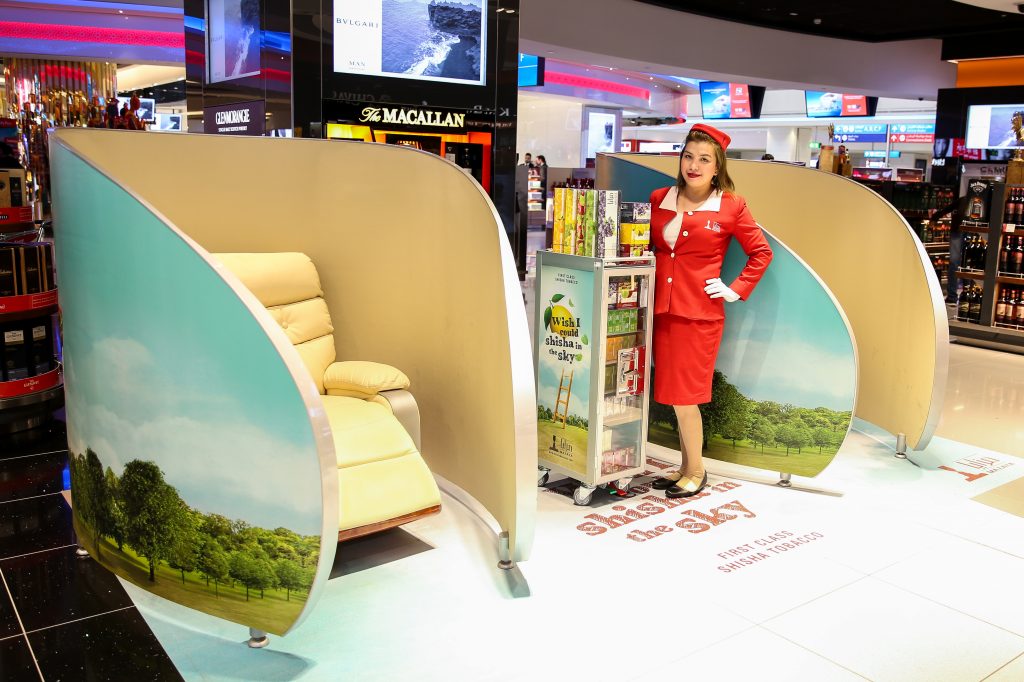 Mazaya’s Dubaui pop-up was such a success, the brand entered into discussions with other airports about offering a similar campaign

With the aim of creating a travel humidor at the service of cigars, Oettinger Davidoff approached Marcello Bottino, an Italian designer and craftsmen, to engineer this handsome accessory. With many cigar aficionados requesting a more stylish way to travel with their cigars than the practical cigar box, who better to partner with and help promote such a product than someone like Bottino, who is blessed with vision and a strong enthusiasm for new technologies, research and development.

At this year’s IAADFS show of the Americas, Imperial Tobacco launched a revamped design for its American cigarette brand Winston.

The new package design, launched last year in the US domestic market, encompassed a modern look reinforcing its equity among adult smokers. Winston Red and Gold now adopt the new look, which saw changes to the pack and carton and both have been well received, according to customer surveys.